Girls Play in Pairs (Flickor leker två och två) is a collaborative artistic research project which aims to explore the supportive pair relationship affidamento (entrustment) as feminist working model for making and presenting art. The project was initiated by long-term colleagues and friends Marta Forsberg and Anna Jakobsson who previously worked together in Konstmusiksystrar (Sisters in Contemporary Music), a network for women and transgender composers and sound artists.

Anna and Marta met in 2017 and were brought together by their shared interest in non-hierarchical working methods and a curiosity of how the ideology of feminism could be integrated as part of their everyday work. As girls growing up in Sweden in the 90’s they both can relate to the Swedish saying that girls are unable to play in larger groups (“Flickor leker bäst två, när man är fler blir det bråk”) and this saying inspired the title of the project.

The concept of affidamento stems from the Italian Second Wave feminist movement of the 1960s and 70s. Women organised in groups to learn more about themselves and the current political situation of the society. The supportive pair relationships were part of the feminist awareness raising and functioned as a way for the women to organise themselves within the groups as well as strengthening the women on an individual level.

The project is influenced by a number a feminist philosophers and artists, and perhaps most of all, by art critic and writer Carla Lonzi. Lonzi was one of the most influential Italian Second Wave feminist thinkers and her writings are informed by the idea of the feminist counter space or anti-institution. According to Lonzi, women are not liberated through the traditional cultural institutions. Rather, Lonzi means, these are spaces where the oppression of women is perfected. In this project, we will explore affidamento as a way to challenge the institutional logic of power, which we mean, still saturates the industry of arts as a whole.

In the project six artists – three couples – are working together. In various ways, the artists investigate their histories, both at a personal and structural level, through the exploration of different archives. The project aims to experiment with alternative ways of history making and knowledge production therefore, the starting point for the inquiry will be to challenge the hierarchy of the senses. This means that other senses then sight will be in the centre of the investigations.

As the political, economic and social climates are changing worldwide, we feel a great need of supportive, shared structures within the industry of the arts. Girls Play in Pairs is an attempt to build these structures while simultaneously digging deeper into our own histories and origins. Through our findings, we hope to lay a foundation for similar work to be developed and explored long after the project ended. 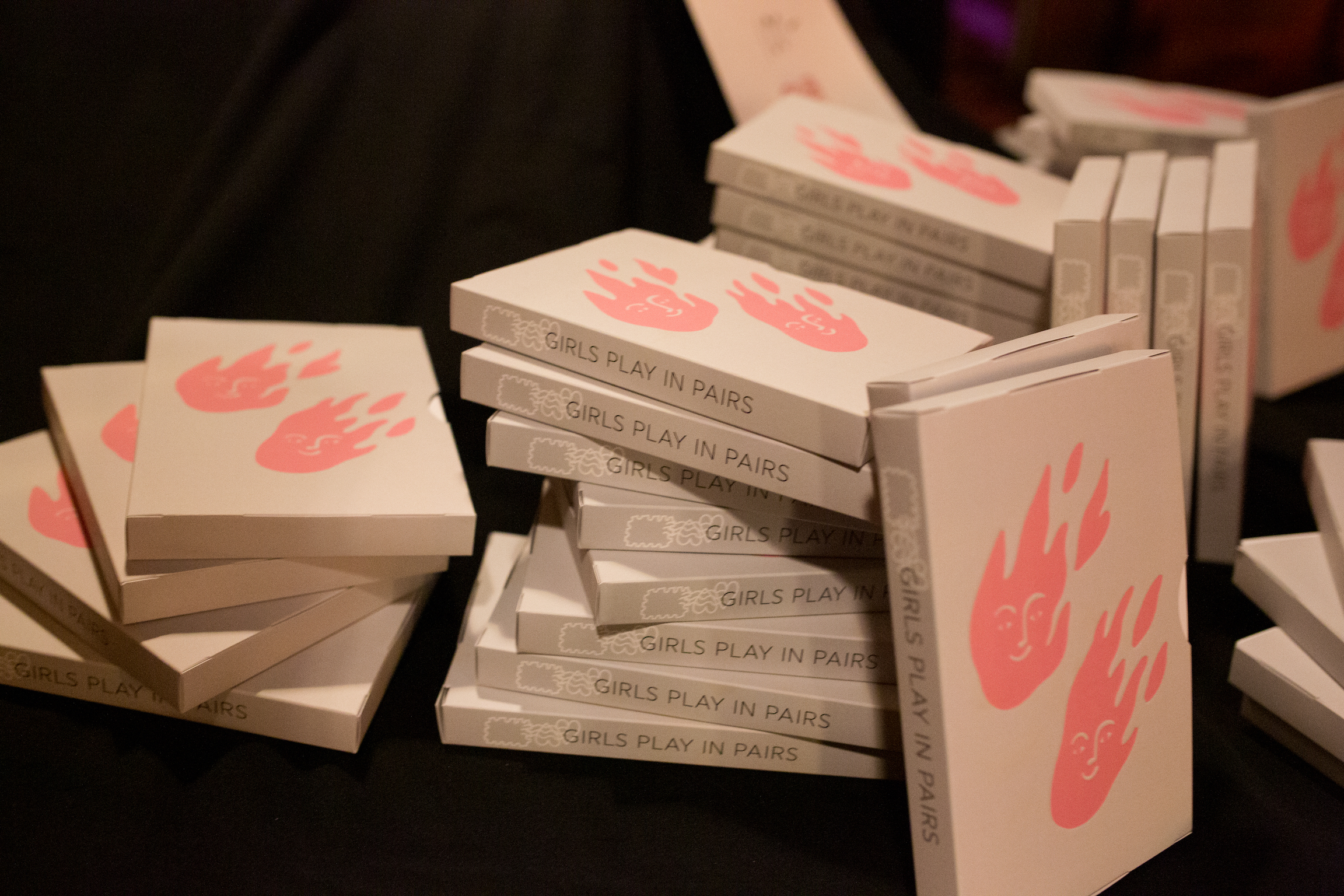